The year is 5514 and Redder's gift has finally come in! She is joining her older brother on the space cruiser TALTRIX, renowned University of Dark Biodynamics. Taltrix Head Professor Genovar goes way back with Redder’s family to when their father snapped and kidnapped his children. It was only with Genovar’s help he was defeated and thrown into Supermax, where despite his incarceration he remains the most ruthless terrorist in the CN Ruled Galaxy. Redder hopes she’ll be safe from her father at TALTRIX, but her course load of psychokinesis, enhanced speed and strength, healing and mind penetration turns deadly when she’s attacked by her father's followers.

Redder's older brother Avi remains her closest ally, but his training partner girlfriend drives a wedge between them. Redder must choose her own training partner deciding between one she loves and another her family approves. Along with her diverse cohorts including the devastatingly sexy Jonathan who Redder can’t stop fantasizing about, she struggles to harness her powers for their gauntlet run through five elemental challenges on the mercenary training planet Keplar Neptune. Even though her father rigs the gauntlet against her, Redder must make her run without help. Failure means death, but if she survives its hardest setting on her first run it will prove she is every bit as dangerous to the CN Ruled Galaxy as her father.

The Taltrix Series is set in the 5000 Universe, where several more series are forthcoming.

EXPLOITS OF A TEENAGE LIBERTINE

Disclaimer: This is a work of fiction. Names, characters, businesses, places, events and incidents are either the products of the author’s imagination or used in a fictitious manner. Any resemblance to actual persons, living or dead, or actual events is purely coincidental.

Sex, Drugs & Darksiders.
Before "Goth" was even a term there were Darksiders. Either you were afraid of them, you wanted to be one, or you were a certified/certifiable Darksider.
​ 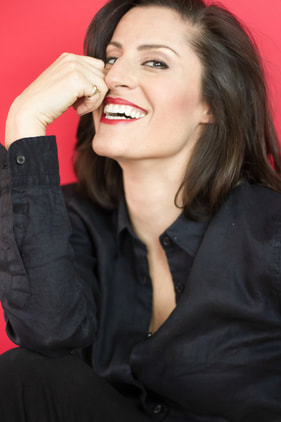 ​Set in the 90's before the rise of Social Media, the Internet or Grinder when any teenager looking for trouble had to nefariously procure or counterfeit a Fake ID and then talk their way into a club on the other side of town where you couldn't just reach into your purse to call for help. It was a different world then.

​Monica longs for a life of mystery, excitement, danger, sex and fun, but in Des Moines, Iowa those things can be hard to come by when you're only 16 years old. So she has to find ways to create them for herself before she graduates and moves to a big city. That's IF she graduates at all...